a stepping stone to independence 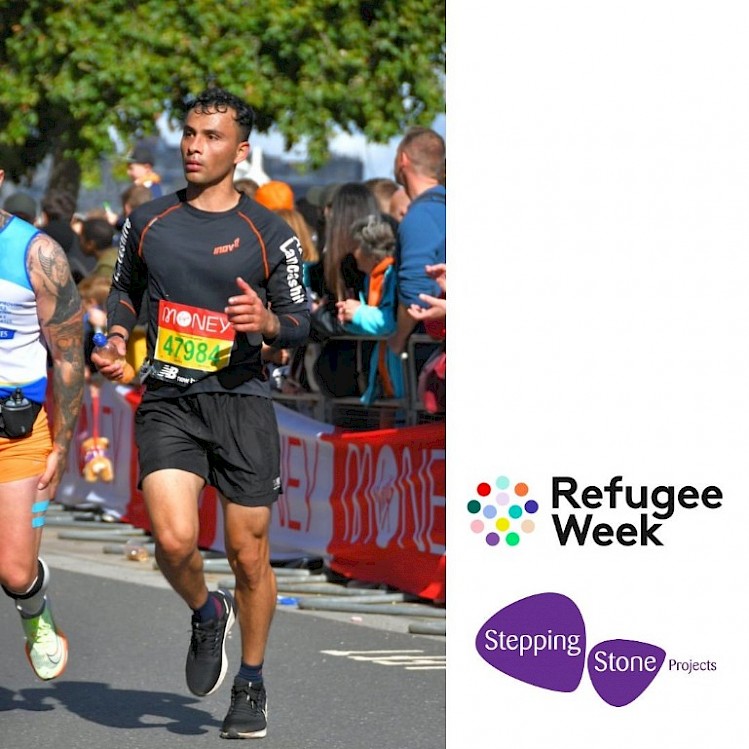 Stepping Stone Projects is proud to provide homes and vital services for refugees as they make a new life in the UK.

During Refugee Week we are celebrating Badr, an asylum seeker from Kuwait who we have been helping since 2020.

This week he took time out to visit to Manchester Enterprise Academy school in Wythenshawe, Manchester to speak to the Year 7 children about his experiences as a refugee and how far he has come.

Badr, 21, arrived in Liverpool two and a half years ago, after escaping a village in Kuwait where human rights were non-existent and his people faced on-going persecution. He'd grown up unable to go to school or have any kind of education, with no access to health care or jobs either. He tells people of his utter despair and lack of hope for any sort of future in Kuwait.

Aged 16, Badr made the difficult decision to leave his family behind, fleeing across Asia to Turkey and then on to Greece by boat where he was put in a detention camp for a few months. He then went to Belgium before being allowed to make the journey to Britain. This arduous journey took him two years to complete

He was placed and settled into Stepping Stone Projects’ accommodation in Burnley and has been receiving support for sustaining a tenancy, benefits and gaining qualifications.

With Badr knowing no one and no English when he arrived, he was quiet and reserved and all alone in the world, and struggled to understand the benefits, education or any other UK systems.

But Badr was determined to make a new and successful life for himself. He taught himself English and to read and write using YouTube videos, TV and radio, Google Translate and newspapers. He was then able to enrol at a local college, get the education and qualifications that he been denied as a child and start to make real friends.

Badr is a natural athlete and he has used the power of sport by joining local gyms, football and running teams to both get fit and to make friends. This has been a huge benefit for Badr. He now has many friends, is thriving and his English is progressing rapidly. He was selected from 300 young people working with a homeless project to take part in the London Marathon – and it is all giving him a way to make friends and develop his self-esteem further.

Badr said: "Although I didn't know any English, being able to do something I did know has helped give me my confidence back. I was so proud to have been chosen to run the marathon and my football team won the league this year!”

He has now been helped to find and move into his own permanent rented home. He has also got his first job with Accrington Stanley Football Club. This is only part-time at the moment but he and the club are hopeful it will be made full-time soon. He is now considering learning to drive.

Badr told the students how he has now built a happy and successful life for himself. His friends are now his family and greatest supporters. He feels confident and self-assured and his future is now bright and full of hope. He loves Britain and all it has allowed him to achieve already. His hopes for the future are to continue in education improve his qualifications, settle down and buy his own home and hopefully get married.

Badr has become a positive role model for many of the refugees we help, and hearing his story caught the pupils’ attention, with them asking questions about not just Badr’s experience, but sharing their own or their parents’ too.